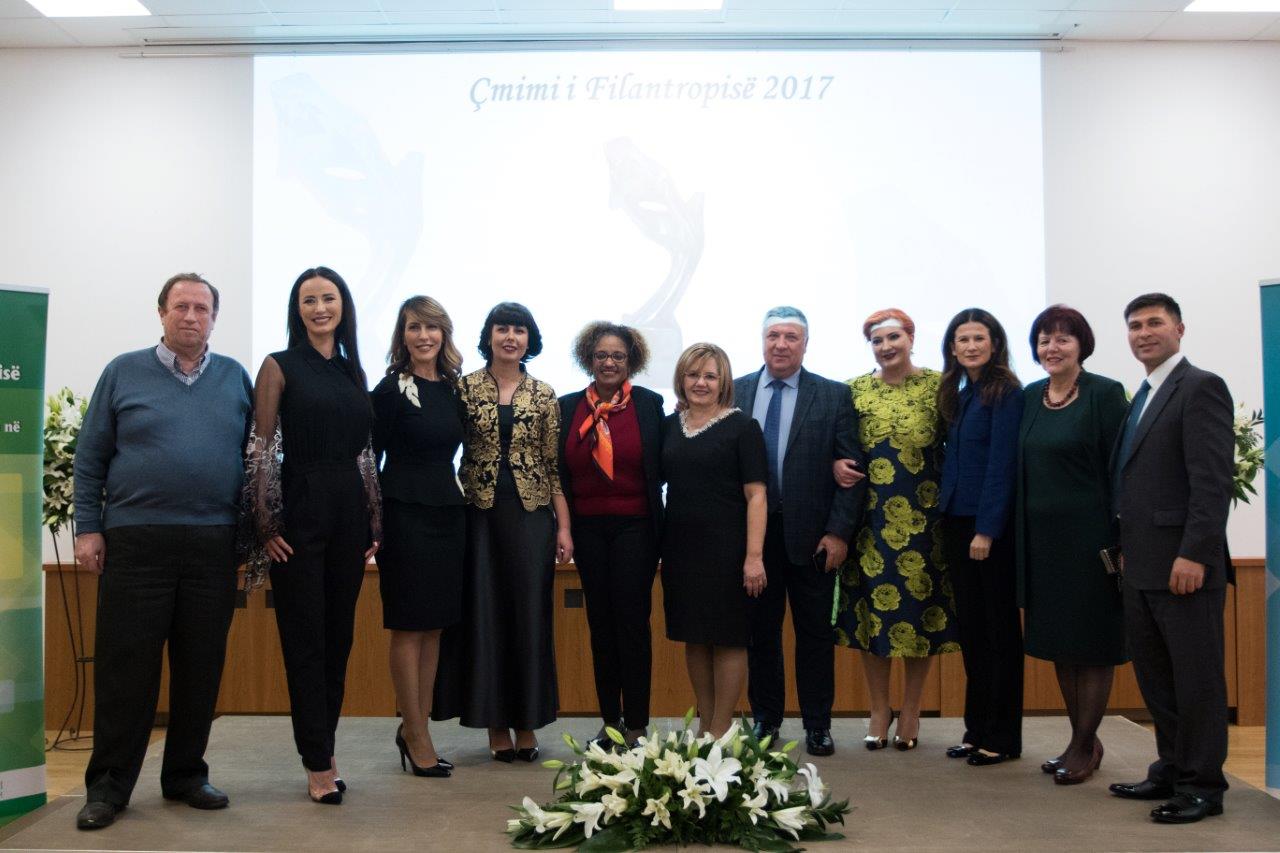 Partners Albania organized on December 1st, the gala ceremony where were announced the winners of Philanthropy Awards 2017.

The event was attended by a large number of guests from the Albanian government and members of Albanian Parliament, representatives of diplomatic corps accredited in Albania, international institutions and donor agencies, representatives of the business sector, nonprofit organizations and media.

The Philanthropy Award 2017 winners are:

For its contribution to supporting social, health care and environmental development in the country, in particular for the provision of artistic books to the public libraries in Tirana, provision of medical equipment to the “Shefqet Ndroqi” hospital and to the Neurology Service of University Hospital Center “Mother Teresa”, as well as for the special contribution in the research for the fight against dementia, through virtual reality.

The award was presented by Ms. Maryam Salim, Country Manager for World Bank Office in Albania.

For the support given in the field of education, therapeutic services and development of children and young people with special needs in the city of Tirana.

The award was presented by Mr. Adrian Civici, President of the European University of Tirana.

For the special contribution to the reconstruction of the Pediatric Oncohematology Service at the University Hospital “Mother Teresa”, and the increase of citizen’s solidarity and awareness to help the children affected by blood diseases through the campaign “You are a sunflower”.

The award was presented by Ms. Majlinda Bregu.

For his outstanding activity in the field of education and culture, in particular for the construction of the first gymnasium in the village Qestorat in Gjirokastra, the allocation of scholarships for young people and the construction of several public works in and outside the country.

The award was presented by Mrs.Vasilika Hysi, Vice Speaker of the Albanian Parliament.

For the continued contribution in support of families in need in the villages of Berat, especially in support of education and integration of young people in these areas.

The Certificate of Appreciation was presented by Mrs. Marjeta Ljarja, a well known Albanian actress.