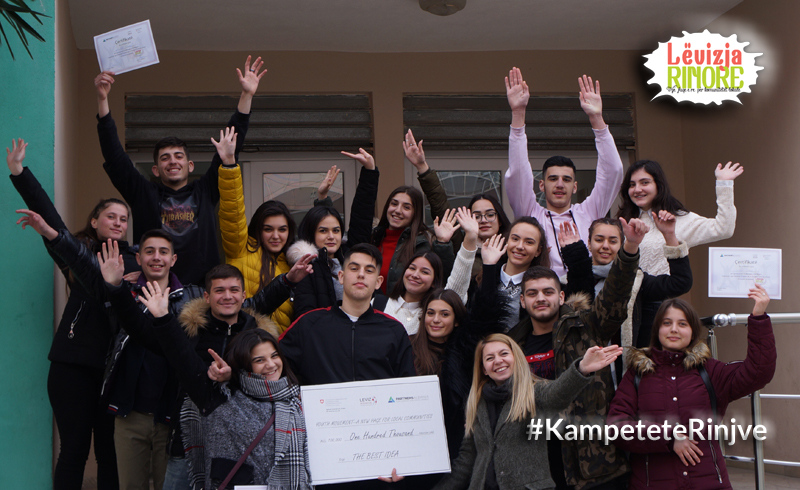 “Youth Movement – A New Page for Local Communities” is a new initiative of Partners Albania within LevizAlbania project, in the framework of VASS. This four-year initiative that started in 2019, aims to create a movement of young people across Albania, by educating them with a sense of voluntarism, activism, and responsibility, as well as strengthening the relationships between youth and local communities towards a stronger democracy. During 4 years, PA will organize in 12 main cities of Albania, 24 camps with high school students. The youngsters participating in these camps will build their skills on how to identify and develop grassroots initiatives.
Youth Speak out will be an annual activity in TEDX format, that will promote activism and create role models among youngsters, inspired by their peers’ work. In this event youngsters designing and implementing initiatives as part of the boot camps, will share their success stories in front of an audience composed of youngsters but also decision-makers at the local level.

The first four Youth Camps were organized during January – February 2020, in Shkodra and Vlora, attended by 80 youngsters from 4 High Schools. The young participants developed and pitched 16 community projects before a jury composed of local government representatives, regional education directorates, local NPOs etc. who selected 4 best grassroots initiatives that are currently being implemented by the youngsters. 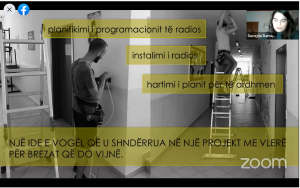 As part of the Local Democracy Week 2020, Partners Albania organized the “Youth Speak Up” event with the participation of students from general secondary schools in the country, local government, and civil society. The 20 youngsters from the four winning teams, part of the Youth Camps, shared with the guests their experiences on the implementation of community initiatives in the cities of Vlora and Shkodra.

The youth camps returned again during October – November 2020, with the participation of 80 high school students from the cities of Durrës, Pogradec, Elbasan, and Tirana. The winning ideas from these camps were: