Report on public opinion about the pre-election situation in Albania 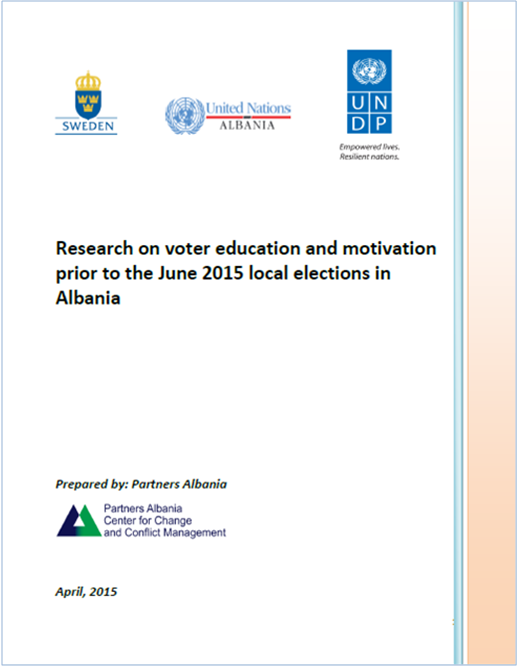 In early April 2015, Partners Albania organized a series of focus group meetings with citizens in frame of the research initiated by United Nations Development Programme (UNDP) in Albania to discern the most significant informational and educational needs of citizens in the final few months before Local Elections of June 21, 2015.
Partners Albania organized 8 focus groups across the country, in rural and urban locations, with focus on some of the areas affected by the Administrative Territorial Reform specifically in Vora, Rubik, Orikum, Ura Vajgurore, Ndroq, Mbrostar, Dropull, and Bushat.

The focus groups reached voting age citizens (women and men) with different educational, ethnic, economic and cultural background. The discussions attempted to explore general issues in voter education and awareness, the reasons for supporting a candidate or party, attitudes toward women’s participation in voting and standing for office, understanding of electoral violations and sanctions, and the affects or impact of the recent administrative territorial reform on voter’s behavior.

All the findings and recommendations from the focus groups are reflected in the report “Research on voter
education and motivation prior to the June 2015 local elections in Albania” that was released prior to the local election of June 2015 to offer to every interested national or international entity, information on preelection situation and issues of voters’ education and motivation in the country.